TLI Group were appointed by Northern Ireland Electricity Networks to carry out the refurbishment of the dual circuit 110kV OHL line between Finaghy Main and Donegal South known as (LT) FIN-DON. This line runs along the M1 Motorway in West Belfast crossing over main arterial including Kennedy Way and Finaghy Road North, rural houses, and the Bog Meadows Nature Reserve.

The existing 2.83km line was constructed in the 1960 line and consisted of PL16 &L4 WGR Type towers which are noticeable landmarks as you enter Belfast running parallel with the M1 motorway. The line was originally strung with Copper Cadmium (CAD) and Steel Cored Copper (SCC) on the A & B circuits respectively. As part of NIE Networks’ Regulatory Period Investment Plan (RP6) it was determined that the conductors across both circuits and the existing OPGW along the entire length of the line (Tower 162 – Tower 173) were to be replaced.

This complex project required the recovery and replacement of the conductors to be completed at night to mitigate both major traffic disruption and accommodation works. TLI Group were granted road closures from 11pm until 6am for 7 nights over a 3 week project duration to complete the stringing operation. This required detail planning and logistics with staff and specialist equipment coming from all over Ireland to support the NI team.

This route is approximately 2.83km broken up into four sections. These section towers were converted into pull throughs so continuous stringing could be completed from end to end under full tension stringing procedures. In delivering the works, one circuit had to always remain live during the phase conductor replacement except for the recovery of the existing earthwire which was replaced under a dual circuit outage which required both circuits to be switched out for a short duration to complete the task. 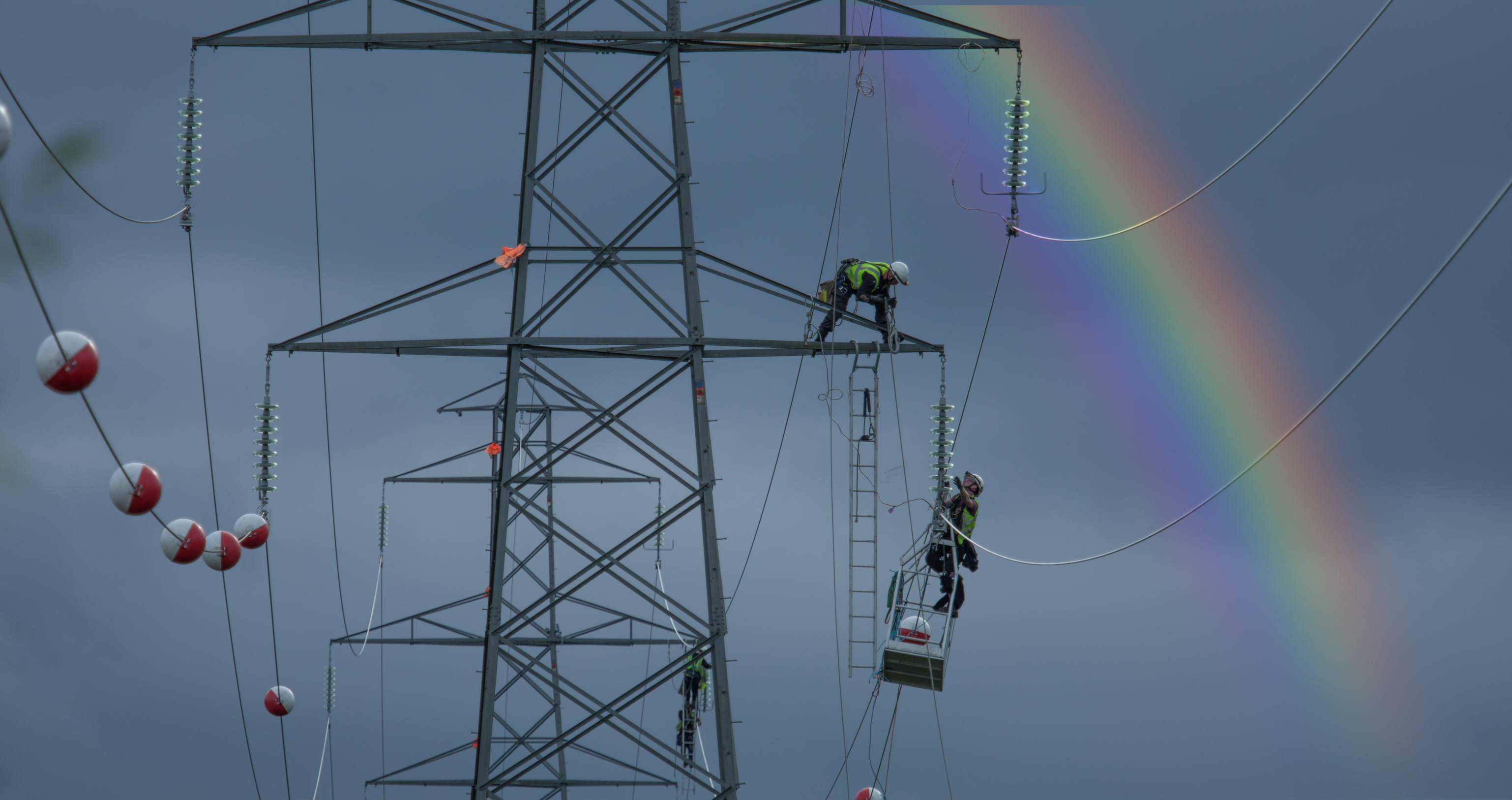 The conductors have been upgraded with new ACSR Lynx Conductor and the OPGW replaced with Horse Equivalent (70mm2). This upgrade investment by NIE will serve Belfast very well in strengthening the network that meets the demands of the city’s hospitals and other critical services. On completion of the conductor stringing Avian red and white warning spheres were fitted to the conductors that span over the Bog Meadows Nature Reserve to minimise the impact to native and migratory bird population. These new spheres which are greater in size than the previous orange and will provide the required assistance in protecting the bird population navigating the area.

TLI Group would like to thank all who assisted in this complex and challenging project and to our Client NIE Networks for the opportunity, and with whom we look forward to working with on other key infrastructure projects.